If you’re new to the welding world, stud welding might be a process that’s unfamiliar to you. Don’t worry – we’re here to teach you everything you need to know about this essential welding technique. In this post, we’ll discuss what stud welding is, how it works, and some of its benefits. We’ll also give you a few tips for getting started with stud welding. So, whether you’re a beginner or an experienced welder, read on for all the information you need on this essential welding process! 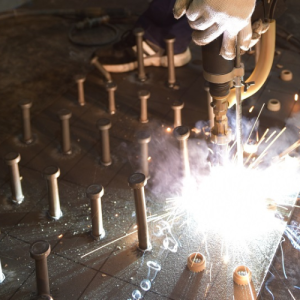 What is stud welding?

Stud welding is a process in which a metal stud is welded to another metal surface. The process can be used to attach studs to steel plates, pipes, and other objects. It is commonly used in the construction industry for tasks such as attaching pipes and conduits to steel beams.

The stud welding process begins by attaching a welding electrode to the stud. The electrode is then connected to a power source and energized. This creates an arc between the electrode and the stud, which melts the metals and forms a weld. Once the weld has cooled, the stud is securely attached to the object.

Stud welding is a quick and easy way to attach metal studs to objects. It is also very strong, making it ideal for use in many industrial applications.

Where is stud welding used?

Stud welding is a popular choice for a wide range of applications, from heavy-duty construction projects to delicate electronics work. The process involves attaching a metal stud or similar fastener to another metal surface using high-frequency electrical energy. This energy creates an arc between the stud and the base metal, which melts the metals and forms a strong bond. Because stud welding can be performed quickly and easily, it is often used in applications where speed and efficiency are paramount.

Additionally, stud welding produces a clean, neat joint that does not require further finishing work. As a result, it is an ideal choice for applications where appearance is important. Some common examples of where stud welding is used include automotive bodywork, HVAC ductwork, and signmaking.

How does stud welding work?

When it comes to joining metal components, stud welding is a fast and versatile option. The process is relatively simple: an electrode is attached to the base metal, and then a welding arc is created between the electrode and the stud. This arc melts the stud, which forms a bond with the base metal.

Stud welders can be portable or stationary, and they can be used on a variety of materials, including carbon steel, stainless steel, and aluminum. In addition, stud welders can be used to attach threaded or non-threaded fasteners. As a result, they are an ideal solution for applications where speed and accuracy are essential.

What is required for stud welding?

Stud welding is a process that joins a metal stud or fastener to another metal workpiece. The stud is welded to the workpiece using an arc welding power source and does not require any filler material. This makes stud welding ideal for applications where a strong, clean joint is required.

In order to weld a stud to a workpiece, the following items are required:

With the above items, stud welding can be performed quickly and easily. This makes it an ideal choice for applications where time is of the essence. Additionally, stud welding produces high-quality joints that are strong and durable. As a result, it is often used in critical applications such as the construction of bridges and buildings. 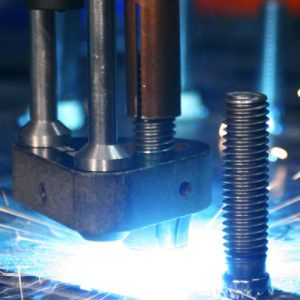 There are three main types of stud welding processes: drawn arc, capacitor discharge, and short cycle. Which process you use will depend on the application and the materials being used.

Drawn arc stud welding is the most common type of stud welding. It is typically used for steel and stainless steel applications. The process uses an arc to heat the metal until it is molten, and a stud is then drawn up into the electrode. This method is fast and efficient, and it produces a strong weld.

the length of the welding time

or the welding pool protection used

Capacitor discharge stud welding is typically used for aluminum applications. In this process, an electrical current is discharged between two electrodes, which heats the metal and creates a weld. This method is slower Short cycle stud welding is a newer process that combines elements of both drawn arc and capacitor discharge welding. It is typically used for stainless steel applications. In this process, an arc is used to heat the metal until it is molten, and then a stud is drawn up into the electrode. A short discharge of electricity then helps to solidify the weld. This method is faster than capacitor discharge welding, but it produces a weaker weld.

How strong is the join?

Stud welding is a fast, versatile way to create strong joins between metal components. But how strong is the join, exactly? The answer depends on a number of factors, including the type of stud welding used, the size and thickness of the weld, and the materials being joined.

In general, however, stud welding can create very strong joins that are capable of withstanding significant loads. In fact, stud welding is often used in applications where high levels of strength are required, such as in the construction of bridges and buildings. So if you’re looking for a way to create strong joins between metal components, stud welding may be the perfect solution.

There are a variety of stud shapes available for stud welding, including round, square, and hexagonal. Each type of stud has its own advantages and disadvantages, so it is important to choose the right one for your project.

Which stud diameter and stud length can be welded?

The diameter of the stud and the length of the stud both play a role in weldability. The shorter the stud, the easier it is to weld, because there is less chance for the heat to dissipate before reaching the end of the stud. Likewise, a thinner stud is also easier to weld, because there is less mass for the heat to travel through. That said, both diameter and length can be welded within a certain range.

For example, a 1/4″ diameter stud can be anywhere from 3/8″ to 1″ long, and a 3/8″ diameter stud can be up to 1-1/2″ long. If a stud falls outside of these ranges, it may be more difficult to weld or may not weld at all. As always, it’s best to experiment with a few different sizes and lengths to see what works best for your particular application.

Which materials are weldable?

The most common materials that are welded are metals and plastics.

Some other materials that can be welded include glass, wood, and ceramic. However, welding these materials is more difficult and requires special equipment. In general, the best way to determine if a material can be welded is to consult a welding engineer or the manufacturer of the material.

How long does the welding process last?

The lengths of the stud welding process can vary depending on the size and type of the stud being welded. For example, a smaller diameter stud will require less time to weld than a larger diameter stud. In general, the welding process should take between 1-2 seconds per weld. This means that a stud welding machine needs to be able to operate at a rate of at least 30 welds per minute in order to be effective. A good quality stud welder will be able to produce between 50-60 welds per minute. This high rate of production is necessary in order to complete projects in a timely manner.

Which type of welding surface is required?

There are three types of welding surfaces – flat, horizontal, and vertical. Each type of surface has its own advantages and disadvantages.

How to automate stud welding? 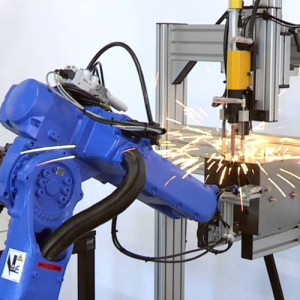 That’s it! You now have a basic understanding of stud welding and how to use this process to join metal parts. If you have any questions or want more information, be sure to let us know in the comments below. And if you decide that stud welding is the right process for your next project, don’t forget to check out our selection of stud welders – we’ve got something for everyone, regardless of experience level or budget. Thanks for reading, and happy welding!

Stud Welding: The Basics and Benefits